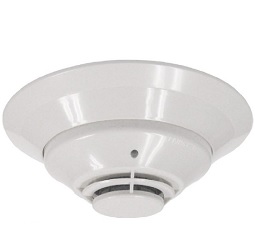 – Visible LEDs “blink” every time the unit is addressed.

– Remote test feature from the panel.

– Sealed against back pressure.

– Plugs into separate base for ease of installation and maintenance. Separate base allows interchange of photoelectric, ionization and thermal sensors.

– SEMS screws for wiring of the separate base.