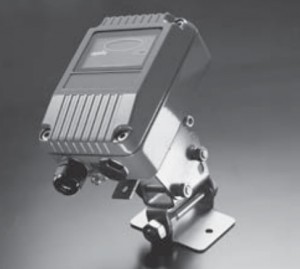 The Intelligent IR² Flame Detector is designed for use in areas where flaming fires may be expected. The detector has two sensors which respond to different IR wavelengths to discriminate between flames and spurious sources of radiation. Applications include aircraft hangars, coal handling and paper manufacturing plants and woodworking environments.